Paradigms can grant new meanings to ordinary objects.
A new moddable weapon is available for purchase from the Quartermaster.

Added the Envoy Service Pistol, an energy weapon carried by Envoy-W series operators, and the first weapon that can be modified by Paradigms.

This weapon is basically free for several reasons:

While these are good reasons to always carry a Service Pistol with you, Paradigms can take it to a different level.

Paradigms and Variations function similarly to mods in loadouts, but for items and weapons. 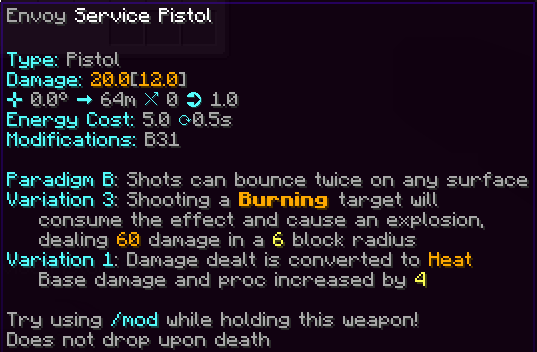